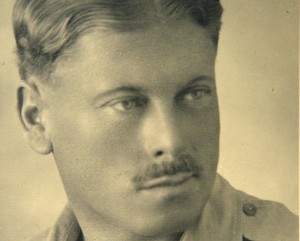 These pages contain a growing collection of the poetry of C R L Falcy (also published as R A Vallance).

Cecil Roy Leon Falcy, (b.1893) was an English poet of the Great War and following decades, whose work appeared in newspapers, which in those days occasionally published short poems: The Pall Mall Gazette, The Express and The Evening Standard, in the respected literary magazine The London Mercury and in anthologies such as The Red Harvest: A Cry for Peace, Macmillan, USA, 1930.

After the Great War, Roy Falcy, a twice-decorated pilot and survivor of the trenches, read English and Law at Cambridge University, where his poem Death of Napoleon won the prestigious Chancellor’s Gold Medal for English Verse in 1921. However, much of his later poetry was personal and remained unpublished or privately published in limited editions.

Early life and The Great War

Roy Falcy was the son of a school bursar, Swiss by birth, who had settled in Kent, England, with his English wife. The second of six children, Roy was 20 when war was declared in 1914. He had already volunteered the year before.

In 1915, a brief marriage, a death, and a departure to war came all within weeks of each other:  he married, perhaps hastily, a vicar’s daughter, his father died, and he was called away to war in France.

His war poems initially reflect the patriotism of his generation. But the experiences of trench warfare tempered them with intense feelings of futility, disillusion and terrible loss, especially after the death in action of his brother – who was posthumously awarded the Military Cross.

Later in 1915, Roy was seconded to the newly formed RFC, first as an observer, and then selected for pilot training. By the end of the war, he had been twice decorated for gallantry, winning the DCM for a daring and dangerous special mission in June 1917 and the French Medaille Militaire the following year.

Post-war Cambridge University was a strange mixture of boys just out of school and traumatised veterans of war like Roy Falcy.
Rose Macaulay wrote of them:

They shall speak kindly to one another,
Across gulfs of space.
But they shall speak with alien tongues,
Each an alien race.
They shall find no meeting place,
No common speech at all;
And the years between, like mocking owls,
Shall hoot and call.

Having seen and faced death daily for years, war survivors often found a great gulf separated them even from their families and wives. Roy was by now estranged from his wife.

At Queens’ college though, he flourished, reading English literature and Law. English was a relatively new subject at the university and had to be taken with another subject. He was prominent in the debating society, edited the college magazine and was elected President of the college athletics club. In 1921, he won the coveted Chancellor’s Gold Medal for English verse. The set topic for that year’s competition was The Death of Napoleon, the year being the 100th anniversary of that event. Falcy, in a poem of substantial length, turned this into an imaginary narrative of regret and redemption.

Roy Falcy’s poems published after 1925 bear the name Vallance instead of Falcy. In this year, he changed his surname to that of his mentor, patron and surrogate father, William Howard Aymer Vallance. Vallance was a former priest, an ardent medievalist, writer and art critic who wrote the first book about William Morris. Vallance had always enjoyed talent-spotting: not only ‘discovering’ William Morris, but also helping others such as the young Aubrey Beardsley in the 1890s, who first became known through Vallance’s contacts. He is not to be confused with Gerald Aylmer (with an L) Vallance, a Scottish newspaper editor.

On leaving Cambridge, Roy Vallance followed a Falcy family tradition of entering the teaching profession. He had a passionate belief in education and, after a year tutoring the children of George Westinghouse (son of the US inventor) in the beautiful Lake District of north-west England, he set up his own preparatory school at nearby Harecroft Hall. This was a very happy period when, with partner, Mary Farish-Brown, he was able to realise his dream of how a school should be. But despite the enterprise’s initial success, the severe economic depression that followed the great Wall Street crash of 1929 led to financial difficulties and, in 1932, to bankruptcy. The school was revived by others and continued until the 21st century, but Roy Vallance had lost everything. Bleak themes of loss, disillusion and betrayal feature again in his poetry of that year.

The following year brought positive changes when he met the woman who was later to become his second wife and mother of his children: Mamie Bosanko, a 22-year-old student at the post-graduate Royal College of Art in London. His career in education then took a new turn with a series of British Council posts in the Middle-East, leading to his appointment in 1939 as Director of Education based in Bahrain, charged with setting up an education system for the newly oil-rich states of the Arabian Gulf, then under British control. He and Mamie were married in Bahrain in 1940.

They left for India in 1941. Roy took a temporary post as senior Professor of English at Islamia College, Peshawar, until recruiting reopened for the Royal Indian Navy. He was then posted to Admiral Godfrey’s staff at HQ in New Delhi and assigned the task of creating and administering The Royal Indian Navy’s first welfare directorate. He thus became one of the few people to have served in all three branches of the armed services and he later received from the Admiralty the permanent rank of Commander.

Roy and Mamie returned to England after the war to bring up their children. Roy died at home in Kent in 1958.